Home A city worth discovering Casablanca, its History and stories

Casablanca, its History and stories 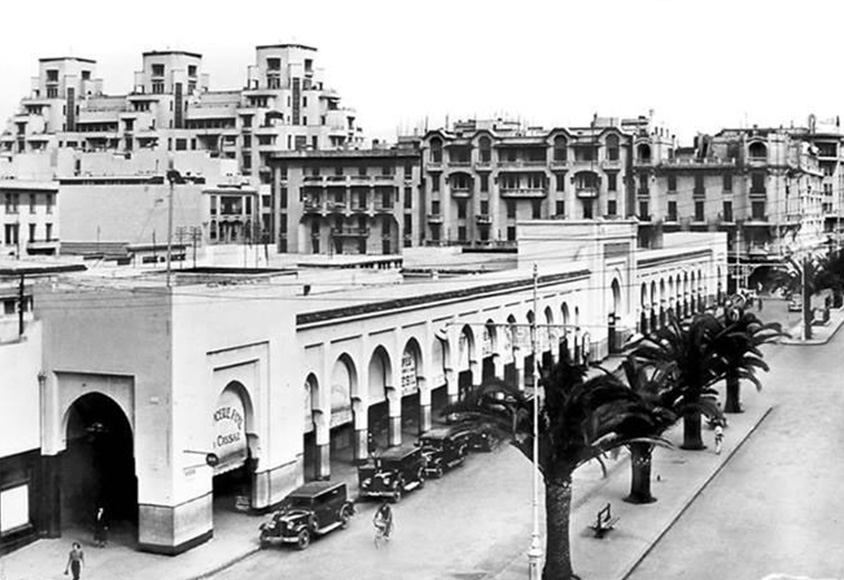 The clear blue sky is reflected in the blue ocean, which is interspersed with the white foam from the waves. Gold dominates the facades under the sunrays and the city is covered in a golden veil when the sun fills the horizon and kindles the ocean. Its taxis spread a red scarlet color, mocking the green tiles. The zellige forms a palette of shimmering colors.

Casablanca was developed on the site of an ancient city named Anfa. It played an important role in Moroccan history at the end of the 7th century and in the early 8th century. A prosperous city thanks to its agricultural hinterland, Anfa was also formerly a fishing port. Destroyed by the Portuguese attacks in the 15th and early 16th century, the city had to wait until the 18th century to be rebuilt by the Sultan Sidi Mohamed Ben Abdellah (1757-1790), who gave it the name of Dar al Beida. In the middle of the 19th century, the white city counted only a thousand inhabitants.

Gradually, the city became more connected to the world through its port. It first sparked the interest of Europeans, who were motivated by trade. It hence asserted itself as the European counter for North Africa and became the leading export port in Morocco. The progress of steam navigation and the development of the textile industry drove the port's traffic, making the port one of the leading wool providers in the Mediterranean basin.

In 1862, a regular maritime connection was established between Marseille and Casablanca. Built in 1912, the port of Casablanca, the Kingdom's first major modern port, led to greater economic activity in the city and the region, and attracted many investors and workers. It hence shaped the destiny of the small city of Dar al Baida, making it the Kingdom's largest economic center, city and financial capital.

1910 through 1950 was a prosperous time for the city; major projects were implemented, namely the development of large avenues, the construction of big buildings, the establishment of regular maritime lines... this was also the time of the beginning of the automobile, with the Casablanca Euro-automobile Rally in 1920.

The Allied invasion of North Africa in November 1942, namely that of the Americans in Casablanca called Operation Torch, remains a vivid memory for the older people of Casablanca, and it marked a turning point in World War II. Two months later, the heads of the Allied powers (Roosevelt, Churchill, Giraud and de Gaulle) met in Casablanca to prepare their post-war strategy during the famous Anfa Conference in January 1943.

Casablanca is a city of resistance. Resistance to the French Protectorate was born in Casablanca. This was the work of the people of Casablanca. Great resistance fighters sacrificed their lives for the cause. During the deportation (1953-1955) of Sultan Mohamed V by the French authorities, Casablanca the Resistant was inflamed. Upon the return of the Sultan, the women left their cloister to hail their ruler. .

The resistance, the uprising of the people of Casablanca against the deportation of Sultan Mohamed V, the riots and protests of 1965 and 1981 consolidated the solidarity of this population, creating a strong attachment to the monarchy, the nation and the city.

Casablanca was the cradle of resistance to the protectorate. The old medina, the Habous, Derb Sultan, Derb Al Kabir… were the neighborhoods of armed resistance fighters. The "fidaiyine", as they were called, worked to buy back the country's political independence. "Al fidaa", literally, the "buyback".

Large avenues in the city recall this nationalist upsurge and honor it with their names. Bd Al Fida intersects the neighborhoods of the resistance fighters. Bd de la Résistance which extends to Bd Zerktouni (leader of the resistance) surrounds the entire city. For more information, visit Casamémoire and the Portal of the city of Casablanca.